I was going through the drawers in the lab when I happened across a Kim Uno that I’d put together a long time ago. It’s an Arduino Nano emulating the 6502 at the heart of the Kim-1, one of the classic early microprocessor machines from the late 70s.

The board is super bare bones, and with the arrival of a Flashforge Adventurer 3 it was time to get exercising the new printer to make the Kim Uno more finished and all boxed up.

The build starts with this base which is the foundation for most Uno box projects. Getting that printed was no problem at all. 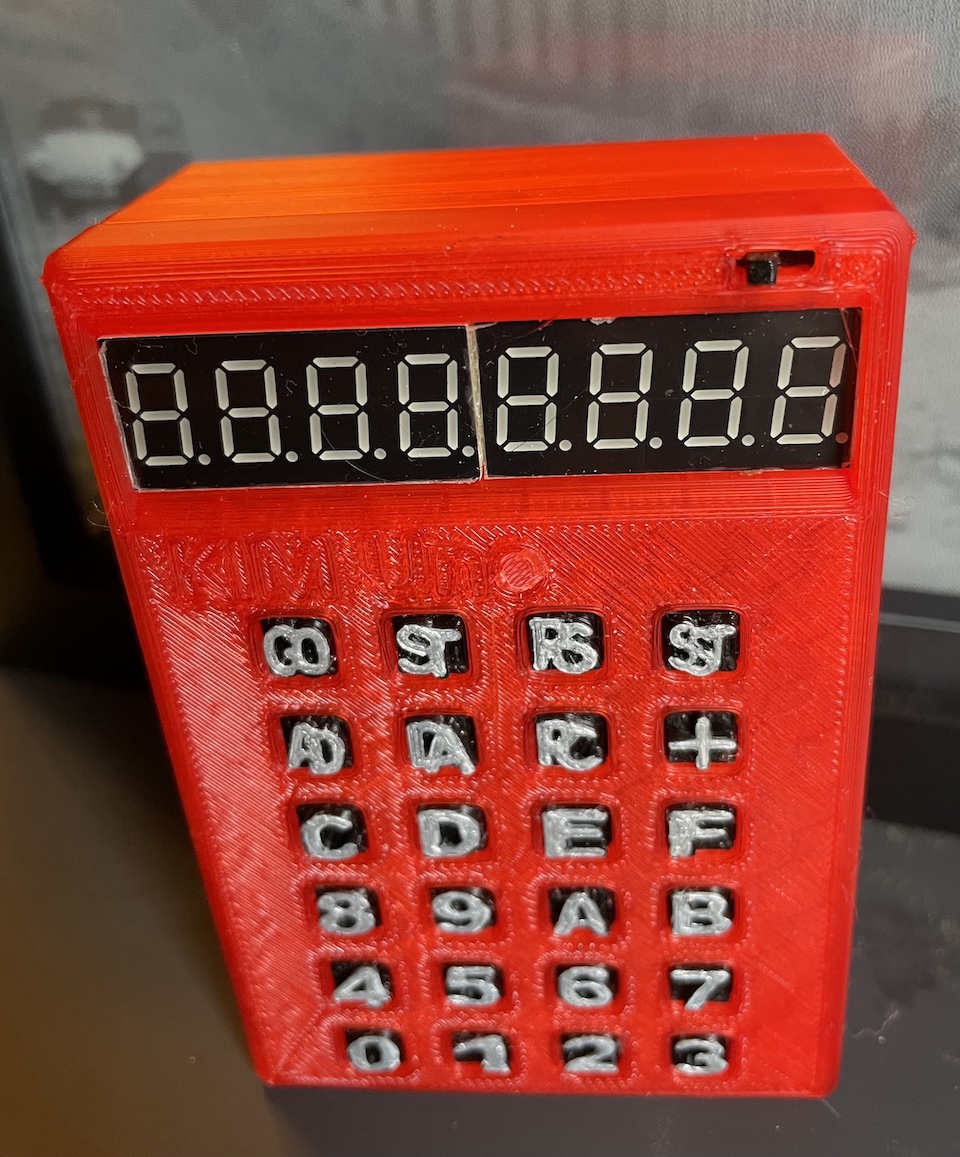 The challenging print comes next. There is a design for a front panel and buttons. Now this was a slow build. The top panel for the buttons is printed with a lot of supports to keep it up. That took ages, and more ages trying to remove the supports. In the end, I flipped it over and built it face down. It doesn’t suffer that much apart from a little blobbing around the letter O in the logo.

The buttons in that design seem a bit fiddly. A design which uses larger number shapes for the Kim-Uno buttons seemed to have a number of advantages, so I went with that. The finishing touch was acrylic painting the tops of the keys in silver by someone who actually could do that.

Since doing all of this, I found a recent addition to the casing options - a variant which uses M3 bolts and nuts to hold it together and a button set with bigger lettering. If I do rebuild this project, I’ll likely go there.