So, 2022 eh. Better start doing something here which you may want to read. So this is Circles, a weekly round up of things on my radar. This week, some physical Pi hacking, waiting for a 2.5Gbe PC, some Swift coding, 3D printed stands and a site to check the Prime Ministerial status…

Over the festivus and merinium, I was doing various bits and pieces. The one I’m oddly proud of is also the hackiest. I started with a Pi 4 in a SmartiPi case with an official Pi 7" touchscreen in it. And I wanted it to boot from an SSD, partly because inside that case it is near impossible to cleaning get at the SD socket without yanking out the display cable.

More than that though, I wanted the SSD inside the case. I was starting off with an Amazon Basics 2.5" SATA hard drive enclosure and a cheap ass TCSunbow 120GB SATA SSD and that just would not fit inside at all. Too much enclosure.

So, I set about stripping the drive down. First removing all the enclosure itself which left just the USB to SATA interface bare… but even without the enclosure that was too long. Next stop was tacking the case off the drive unit. That literally clipped off to reveal (a) no heat dissipation and (b) a half length board acting as a carrier for the SSD itself.

Popping that board into the adapter and running a cable to the USB3 port got the hardware set up. Pro-tip with attaching USB drives - use the Pi Imager to write the OS image straight to the drive on another machine and take care of the basic config up front.

You may need to tweak the Pi’s firmware for USB boot. That’s where this article on Tom’s Hardware comes in handy showing the quickest way to update the firmware.

Then it’s on to booting up the OS. Where I was greeted with a black screen after initial activity. AUGH! Googling around I found this Raspberry Pi forum thread which explained it was a bug in the new Bullsye release. Editing the config.txt file to not refer to vc4-kms-v3d and instead use vc4-fkms-v3d was all that was needed and a restart brought the box up and running.

Finally, getting the SSD board inside the case. There’s no gaps to route the USB cable through to I had to snip out a hole case next to where the other ports are and run a (longer than I wanted) cable out from the SSD and into the USB3 sockets. I’ll likely refine that connection over time - Aliexpress have some ribbon cables with the right connectors.

So having successfully made an SSD enabled Pi from bits around the lab which are cheap as chips. Next up is seeing if I can do the same trick with a Pi400.

For the festivities, I went to acquire a new PC, this one being a Gigabyte Brix Pro. The stand out feature is on-board 2.5Gbe Ethernet socket. The machine arrived and was duely found to be dead on arrival, returned to the distributor who confirmed the deadness but also has no replacement units. Living on the edge hurts.

The 2.5GBe support is big for me as I’ve already started with a small 2.5GBe switch and connected my MBP M1 and Synology NAS for it for speedy copying. But no PC yet to join in the mini connectathon. More on that and some benchmarks when we’re all up and running.

Over the break, I broke out my meager Swift and SwiftUI skills to try and craft an app for MacOS. My previous project was an iOS app and I wanted to get a better handle on how SwiftUI played into this game by building a different app. Now I have an app called HNow which grabs the top 50 Hacker News stories and then tracks them as they rise and fall using some subtle colouring. The new M1 MBPs make this quite a joy and I suspect the next stop will be moving the app to the iPad where Swift Playgrounds now lets you code and distribute entire apps.

I have an RG351M hand held console (super epic retro play beastie) but nowhere for it to live until I found this Thingiverse design: 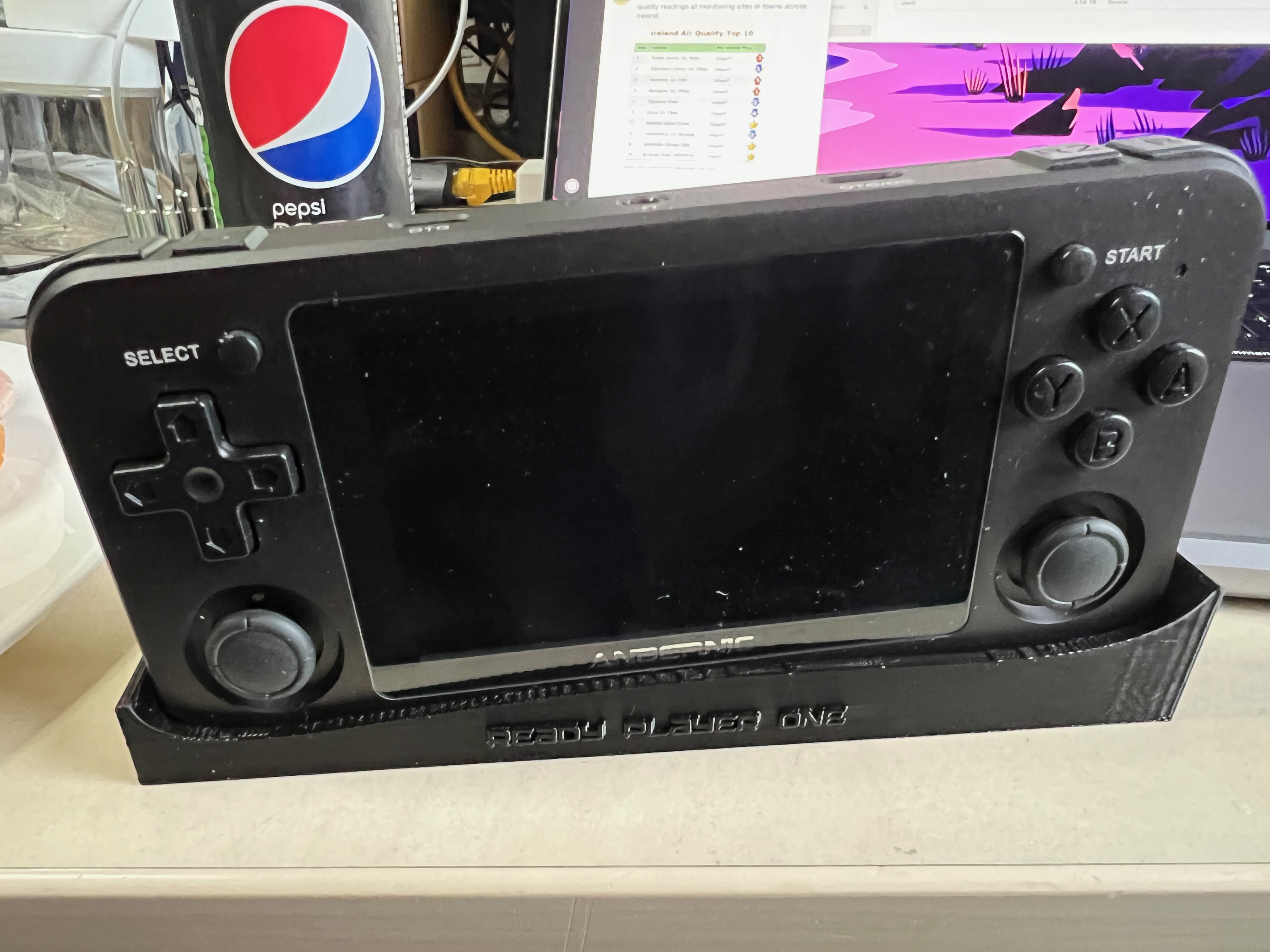 What I really appreciate with this stand design is the quirky tilt and curves in the design. Nice work jcarolinares.

A tiny little thing I put together is https://isborisjohnsonstillprimeminister.co.uk which has unfortunately not moved one bit since I set it up. But I look forward to updating it.