And cripes, nearly out of September and where have we got to?

After being gently prompted by a Tweet from @johnkennedyesq, I headed off to A2Heaven and acquired me a Jupiter II with expansion. This was about filling a Forth shaped gap in my youth. I was busy with 6502/Basic combos back then and only really discovered Forth when it was the boot control language for Sun SPARCstations (How Cool?).

So, this was an interesting build. There’s a severe lack of notes around this, and some of the shipped components did not match the illustrations, but with my handy multicomponent tester, I worked out what was needed to go where. And after socketing up the board I got down to doing this first stage of the build. The display was going to be a challenge, the base board gives composite video out only. But I had a plan - a cheap as chips Composite video to USB dongle. 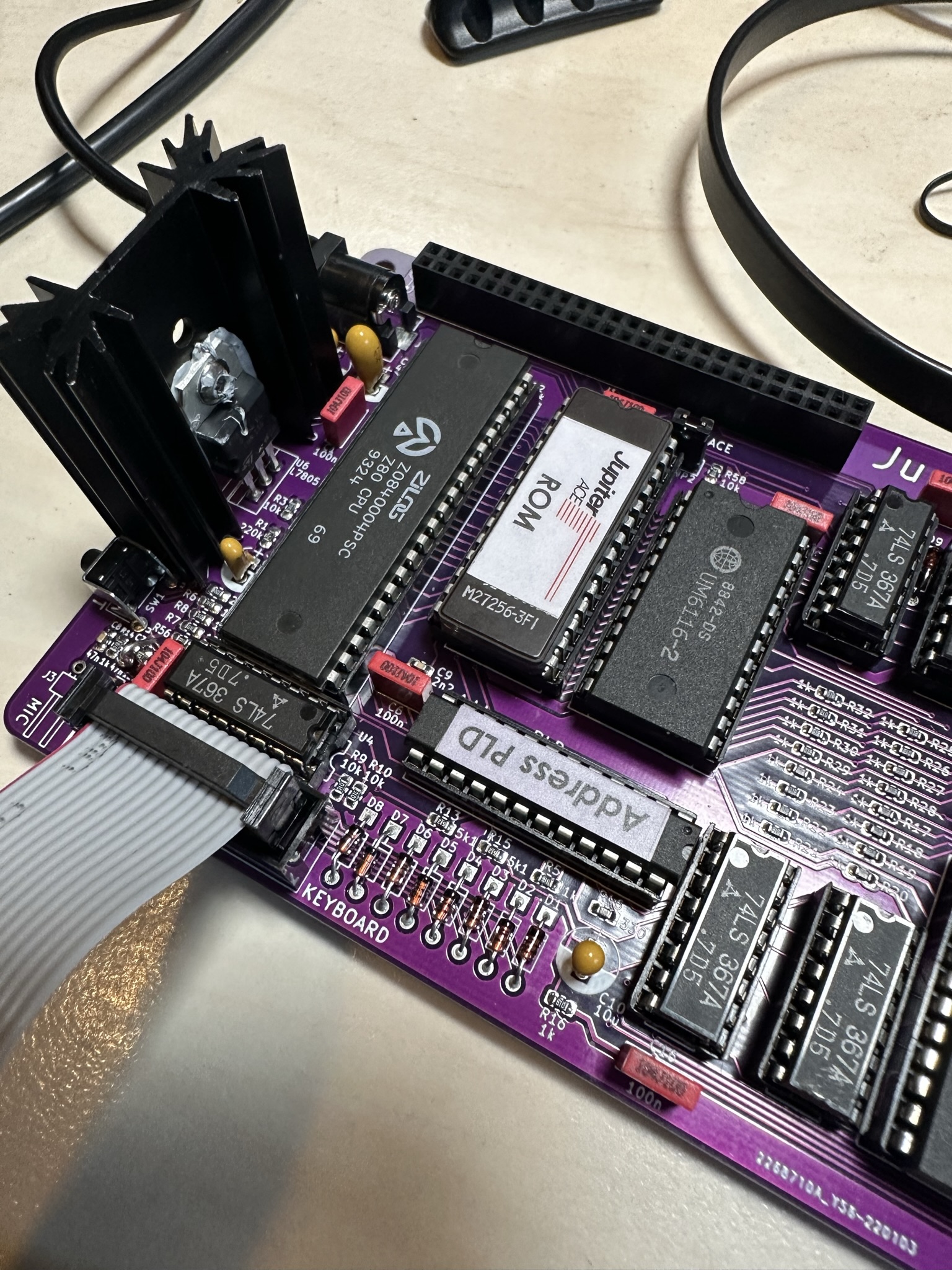 So… long story short… got it all together, applied power and…

And it lives. And then the screen blurs wierdly and I think this is my hacked up composite adapter. I reconnect it with croc clips and it carries of blurring, not immediatly, just after a few moments…. and it stays blurred.

Can you guess what it was? I was viewing it on the Mac Studio and Macs now have cameras where you can turn effects on and off… and they don’t have to be Apple cameras. In this case it was applying a Bokeh/Blur effect to the black and white feed from the Jupiter II.

More on this journey when it’s all done and shiny.

The Framework laptop turned up and despite it not being the hand assembled diy laptop of ones dreams, it turns out to be the easy to erect excellent little laptop that any hacker would want. I’ve stuffed mine with RAM and SSD and then got it running Fedora 36 which is my current favourite Linux distro, mainly because Ubuntu promises stability but the out of the box experience is just lots on subsystems rubbing each other and themselves the wrong way (Looking at you snaps).

And as an added bonus the 2.5GBe Ethernet adapter got released and literally just arrived here and well, it don’t half stick out. Good job I hadn’t made a box to keep the Framework adapters in. Now rethinking what I really need as ports on this box. 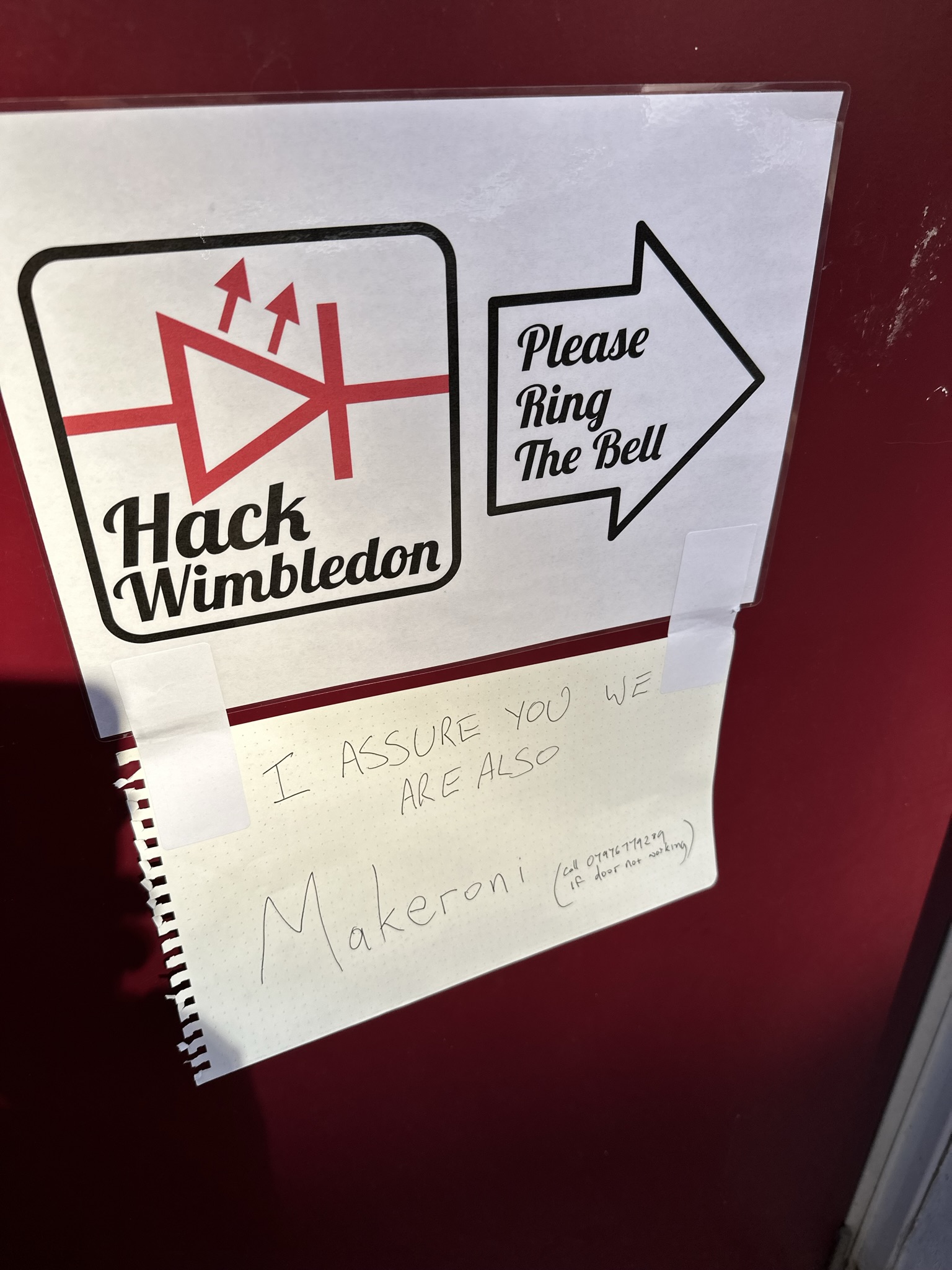 Makeroni, the meeting for Makers, that I run down in Wimbledon and online is back and running live events again and everyone is great about doing LFTs before coming down. We’ve had a couple of good sessions and we’ll be doing it every two weeks for the rest of the year - details of that on Meetup. And we have an open Discord server where you can chat in real time and we have regular irregular chats, videos and hacking on things… like the Jupiter II and my smart ornaments project.

This blog has been pootering along on Story as a theme and it’s all well and good but a tad abandoned and I’m looking for a new theme I can press into action on here. If anyone knows a nice one, do let me know. It’s a pity Story is abandoned as it has all the elements of a multi-skilled nerd space.